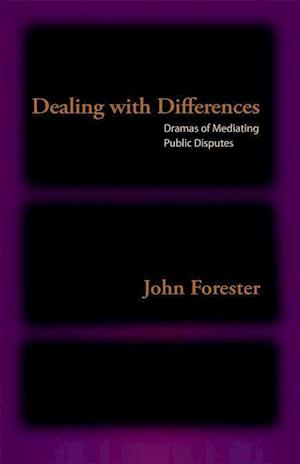 Conflict and dispute pervade political and policy discussions. Moreover, unequal power relations tend to heighten levels of conflict. In this context of contention, figuring out ways to accommodate others and reach solutions that are agreeable to all is a perennial challenge for activists, politicians, planners, and policymakers. John Forester is one of America's eminent scholars of progressive planning and dispute resolution in the policy arena, and inDealing with Differences he focuses on a series of 'hard cases'-conflicts that appeared to be insoluble yet which were resolved in the end. Forester ranges across the country-from Hawaii to Maryland to Washington State-and across issues-the environment, ethnic conflict, and HIV. Throughout, he focuses onhow innovative mediators settled seemingly intractable disputes. Between pessimism masquerading as 'realism' and the unrealistic idealism that 'we can all get along,' Forester identifies the middle terrain where disputes do actually get resolved in ways that offer something for all sides. Dealing with Differences serves as an authoritative and fundamentally pragmatic pathway for anyone who has to engage in the highly contentious worlds of planning and policymaking.