indgår i serie Deadly Past Mystery 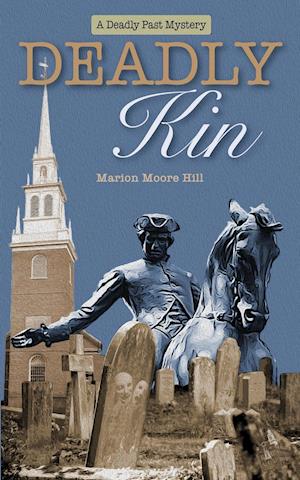 A visit to the Boston home of fellow history buff Gail Adams Wiltshire plunges Millie Kirchner into a battle between two branches of a legendary family, descendants of John, Abigail, and Samuel Adams. Some of Gail's relatives are prominent in the effort to preserve city landmarks, but her cousin Marvin Adams Bailey is a developer with plans to build Crossroads of History, a giant shopping center that will impact a historic neighborhood.

The battle over approval of Crossroads plays out in TV interviews and press coverage, and the public poisoning of a civic leader seems related. All Millie's mystery-solving instincts are aroused, and she questions Gail's acquaintances during dinner parties, at public events, while sightseeing and while rehearsing a play Gail's cousin Sam has written. Among Millie's talented fellow actors are Sam himself; Gail's fianc , Ladd English; his father, restaurateur Todd English; and "Hands on History" guide Katrina Rawls.

Millie and Sam share an attraction, though his little-boy pranks annoy her. Marvin also courts Millie, but her near-fatal accident while visiting a construction project with him raises her suspicions.

A second death, that of charismatic African-American preservationist Xavier Benedict at a gala to honor Boston's guides, renews Millie's determination to figure out how the deaths are related to the Crossroads project.

An enigmatic text--purportedly from Sam--entices Millie to a Revolutionary-era cemetery one evening. Learning she's actually there alone with the murderer, Millie must call on all her wit and skills to save her life.