- The Work of Andre Green

indgår i serie The New Library of Psychoanalysis 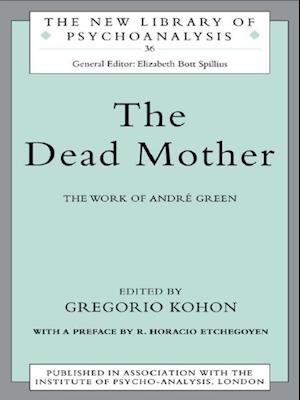 The Dead Mother brings together original essays in honour of Andre Green. Written by distinguished psychoanalysts, the collection develops the theme of his most famous paper of the same title, and describes the value of the dead mother to other areas of clinical interest: psychic reality, borderline phenomena, passions and identification.The concept of the 'dead mother' describes a clinical phenomenon, sometimes difficult to identify, but always present in a substantial number of patients. It describes a process by which the image of a living and loving mother is transformed into a distant figure; a toneless, practically inanimate, dead parent. In reality, the mother remains alive, but she has psychically 'died' for the child.This produces a depression in the child, who carries these feelings within him into adult life, as the experience of the loss of the mother's love is followed by the loss of meaning in life. Nothing makes sense any more for the child, but life seems to continue under the appearance of normality.The Dead Mother is a valuable contribution to literature on psychoanalytic and psychotheraputic approaches to grief, loss and depression.