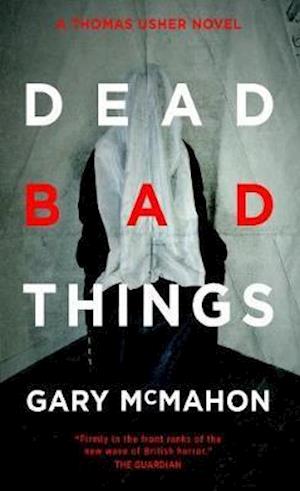 He sought to flee his tragic past.But when Thomas Usher hears a clockwork voice on the phone and sees ever-more disturbing visions in a derelict warehouse, Usher realises that he has to return home - for the sake of his own sanity.Meanwhile, a deadly figure from Usher's past threatens to undermine the very fabric of reality.Who Is Thomas Usher?His name is Thomas Usher. A normal man. An average guy. Until he is involved in a tragic accident and his wife and daughter are killed.After that, things begin to change. Usher is no longer normal. Or average. Now he can see the dead, and the dead can see him. They seek him out to help them, to usher them to the next level so they might face whatever comes next. The lost. The lonely. The departed. They never speak to him; they only ever demand his attention.The ghosts are drawn to Usher, and he is compelled to help them in the hope that he might once again see his family. But sometimes, just sometimes, it isn't enough and his efforts make things worse.File Under: Horror [ Serial Murders | Hellish Visions | Closet Skeletons | Pilgrims Progress ]

Forfattere
Bibliotekernes beskrivelse He sought to flee his tragic past. But the voices wouldn't let him...