indgår i serie Founders of Modern Political and Social Thought 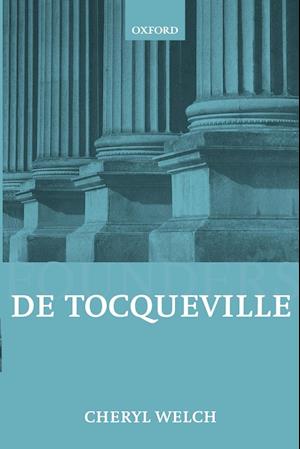 Founders of Modern Political and Social Thought present critical examinations of the work of major political philosphers and social theorists, assessing both their initial contribution and continuing relevance to politics and society. Each volume provides a clear, accessible, historically-informed account of each thinker's work, focusing on a reassessment of their central ideas and arguments. Founders encourage scholars and students to link theirstudy of classic texts to current debates in political philosophy and social theory.Alexis de Tocqueville is one of the most topical and debated figures in contemporary political and social theory. This clear new introduction to de Tocqueville's thought examines in detail his classic works and their major themes. Welch argues thet Tocqueville's major themes tap into deep anxieties about democratic practices and his writings help us to identify the major fault lines in democracy at the turn of the new century. Beginning with a consideration of Tocqueville's distinctivenessagainst the historical background and intellectual context of his time, Welch goes on to trace the development of his thought on democracy and revolution, history, slavery, religion, and gender, including chapters dealing with his writings on France and the United States. The final chapter then exploresTocqueville's historical legacy and his contemporary significance, illuminating the reasons why this displaced nineteenth century aristocrat has become one of the most topical figures in contemporary political and social theory.