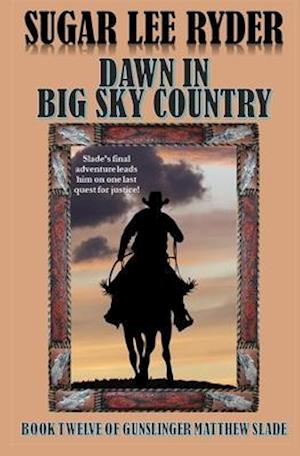 Matthew Slade comes home after burying one of his closest friends...only to find his oldest enemy armed and waiting for him

Amos Harding's passing sets the stage for the return of Alder Bowman, Slade's nemesis since the turn of the century. The corrupt banker's been behind Destiny Robishaw's turn to crime, Chance Robishaw's murderous rampage, and Frank Bane's thuggish attempt to ruin Captain Harding's airship company.

Slade discovers that Bowman's within an ace of taking over Helena, annexing half the land around the town, and even confiscating the gunslinger's family ranch Worse, Bowman's not alone. Slade recognizes Bowman's gun-hand as Kipp Mills, an outlaw with a lightning-fast draw and an entire mob of gangsters to back him up.

Can the aging Pinkerton man summon up the fire to confront Bowman's private army of killers for one last fight?