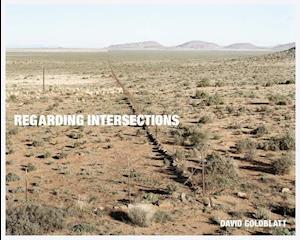 Between 1999 and 2011 David Goldblatt created personal photography in color for the first time. While Goldblatt had employed color extensively in his professional work since 1964, it was only with the new political dispensation and the advances of digital reproduction at the end of the millennium that he felt it pertinent comprehensively to make personal photographs in color. Initially Goldblatt photographed in his immediate environment Johannesburg, before deciding to examine South Africa by taking photographs within a radius of 500 meters of each of the 122 points of intersection of a whole degree of latitude and a whole degree of longitude within its borders. Yet in time Goldblatt encountered uninspiring locations and abandoned the project, although he retained the idea of intersections. From time to time, over a period of nine years, he travelled the country in search of intersections-of ideas, values, histories, conflicts, congruencies, fears, joys and aspirations- and the land in which, and often because of which, these formed. This book brings together a selection of Goldblatt's color photography in South Africa from 2002 to 2011. An earlier version, Intersections, was published by Prestel in 2005, and the catalogue Intersections Intersected, consisting of paired black-and-white and color photographs, was published by the Serralves Museum, Porto, in 2008.

Forfattere
Bibliotekernes beskrivelse Between 1999 and 2011 David Goldblatt created personal photography in color for the first time. This book brings together a selection of Goldblatts color photography in South Africa from 2002 to 2011. Illustrated in colour throughout