indgår i serie Lecture Notes in Economic and Mathematical Systems 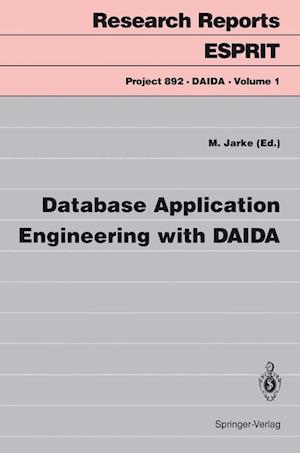 In the early 1980s, a trend towards formal undeIStanding and knowledge-based assistance for the development and maintenance of database-intensive information systems became apparent. The group of John Mylopoulos at the UniveISity of Toronto and their European collaboratoIS moved from semantic models of information systems design (Taxis project) towards earlier stages of the software lifecycle. Joachim Schmidt's group at the University of Hamburg completed their early work on the design and implementation of database programming languages (Pascal/R) and began to consider tools for the development of large database program packages. The Belgian company BIM developed a fast commercial Prolog which turned out to be useful as an implementation language for object oriented knowledge representation schemes and as a prototyping tool for formal design models. Case studies by Vasant Dhar and Matthias Jarke in New York pointed out the need for formally representing process knowledge, and a number of projects in the US and Europe began to consider computer assistance (CASE) as a viable approach to support software engineering. In 1985, the time appeared ripe for an attempt at integrating these experiences in a comprehensive CASE framework relating all phases of an information systems lifecycle. The Commission of the European Communities decided in early 1986 to fund this joint effort by six European software houses and research institutions in the Software Technology section of the ESPRIT I program. The project was given the number 892 and the title DAIDA - Development Assistance for Intelligent Database Applications.