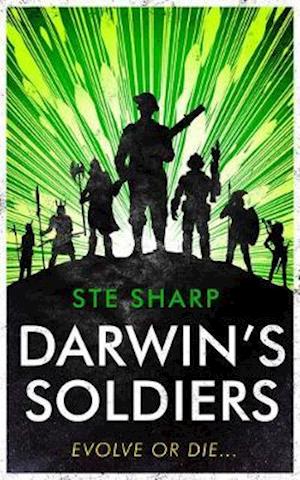 John Greene has been torn from his World War One battle and thrown into a world inhabited by soldiers from history: Spartan, Cherokee and Viking. The eclectic assembly of warriors from every continent and era, form an army of Earth's greatest soldiers and are sent on a mission to prove themselves worthy. As they travel, they develop powerful mutations that aid their survival against the strange lifeforms inhabiting the bizarre land. John just wants to get home to his son and as the army is drawn into a major battle, he wonders if he is ready to risk his life for his new friends. But whoever brought him to this world has fixed the rules hard: here everyone must evolve or die.

Forfattere
Bibliotekernes beskrivelse Earth's greatest warriors fight to survive in a land where evolution is rapid, enhancing them with bizarre adaptations. John Greene, a WW1 machine gunner, struggles with his physical changes as he battles to return to his son