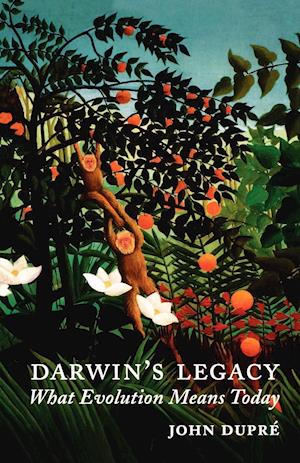 Charles Darwin transformed our understanding of the universe and our place in it with his development of the theory of evolution. 150 years later, we are still puzzling over the implications. John Dupre presents a lucid, witty introduction to evolution and what it means for our view of humanity, the natural world, and religion. He explains the right and the wrong ways to understand evolution: in the latter category fall most of the claims of evolutionarypsychology, of which Dupre gives a withering critique. He shows why the theory of evolution is one of the most important scientific ideas of all time, but makes clear that it can't explain everything - contrary to widespread popular belief, it has very little to tell us about the details of human nature andhuman behaviour, such as language, culture, and sexuality.Darwin's Legacy clears a path through the confusion and controversy surrounding evolution; anyone who is interested in understanding what the theory of evolution can and can't do will find this a compelling and enjoyable introduction.