indgår i serie Series in Astronomy and Astrophysics 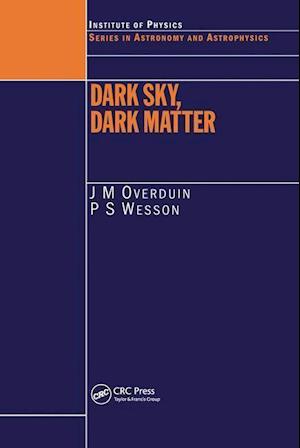 Olbers' paradox states that given the Universe is unbounded, governed by the standard laws of physics, and populated by light sources, the night sky should be ablaze with light. Obviously this is not so. However, the paradox does not lie in nature but in our understanding of physics. A Universe with a finite age, such as follows from big-bang theory, necessarily has galaxies of finite age. This means we can only see some of the galaxies in the Universe, which is the main reason why the night sky is dark. Just how dark can be calculated using the astrophysics of galaxies and stars and the dynamics of relativistic cosmology.We know from the dynamics of individual galaxies and clusters of galaxies that the majority of matter that exerts gravitational forces is not detectable by conventional telescopes. This dark matter could have many forms, and candidates include various types of elementary particles as well as vacuum fluctuations, black holes, and others. Most of these candidates are unstable to decay and produce photons. So dark matter does not only affect the dynamics of the Universe, but the intensity of intergalactic radiation as well. Conversely, we can use observations of background radiation to constrain the nature and density of dark matter. By comparing observational data with cosmological theory based on general relativity and particle physics, Dark Sky, Dark Matter reviews our present understanding of the universe and the astrophysics of the night sky and dark matter.

Forfattere
Bibliotekernes beskrivelse Answers the questions of 'why is the night sky dark' and 'just how dark is it' both qualitatively and quantitatively from the viewpoints of both history and modern cosmology. This title compares the observational data from telescopes with the cosmological theory based on general relativity and particle physics. Contains 8 Hardbacks