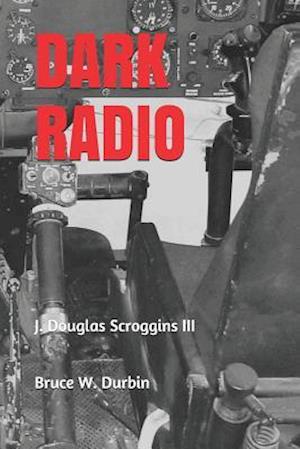 In 1983, during the invasion of Grenada, an American Huey pilot crashes his helicopter and begins talking, on the radio, with someone he believes is coming to rescue him, but...the voice on the radio is from...2017.In 1983, OPERATION URGENT FURY was initiated by the United States, in response to the aftermath of a revolution, occurring on the Caribbean island nation of Grenada. The operation was aimed at rescuing hundreds of American medical students, who were trapped on the island by revolutionary forces, as well as ending the atrocities taking place. In 1983, Jeff is a U.S. Marine helicopter pilot, flying troops into Grenada, during OPERATION URGENT FURY. He is accompanied by his flight crew of Doug, Toby, and Simon, who all look to Jeff to get them safely back home. After dropping off a team of U.S. Marines, at one of the Medical School buildings, the helicopter comes under fire from Grenadian troops. As the helicopter returns fire and starts to lift off, a female medical student, Sui Ling, and her professor, Michelle, run out of the building. They're almost to the helicopter, when the building EXPLODES. Jeff and his flight crew scramble to try and rescue the two terrified women. Simon manages to get Sui Ling into the helicopter and is about to pull Michelle inside, when she is shot, dropping to the ground. With her last gasp, Michelle hands Sui Ling a bag, containing Sui Ling's medical research papers. As Simon hurries back inside the helicopter, he's also shot, dropping to the floor of the helicopter, as it lifts off, with a barrage of gunfire hammering the helicopter. Unseen by Jeff and the flight crew, the helicopter's rear rotor has been hit and damaged. Jeff tries to communicate with his base, but discovers that communications are sporadic.As the helicopter starts to move towards the military base, Sui Ling displays her medical training, by trying to save Simon, but....he dies. As Jeff deals with the death of Simon, he receives an urgent message from CIA Operative Weston, requesting that Jeff pick Weston and a VIP, who is a fleeing Lebanese insurgent. Weston briefly advises Jeff that the insurgent has information, on the recent bombing of the U.S. Marines' barracks in Beirut and other information, which could save countless lives. Weston's own helicopter has crashed and he fears that he is being hunted by other Lebanese insurgents. Jeff tries to reach his base, but he seems to be only able to communicate with Weston. As Jeff proceeds towards the pickup location, he comes under fire. The helicopter crashes into a tree, with Jeff struggling to save the lives of his crew, but the helicopter teeters, then drops to the jungle floor. When Jeff revives, he discovers that Doug has been killed. Toby advises that he's injured and, as Jeff tries to get to the rear of the helicopter, he discovers that his leg is broken and that he's pinned inside the helicopter. Sui Ling has miraculously survived the crash, but is very frightened. Toby struggles into the cockpit and tries to free Jeff, but it's hopeless. Sui Ling tries to help, but she's also pinned by some equipment. As Jeff starts to radio Weston, they see approaching enemy soldiers, who begin firing at the helicopter. Toby exits the helicopter and begins firing his rifle, driving them back. When Jeff believes that they're going to make it, he screams to Toby, with Sui Ling advising that he's been killed. Jeff begins radioing his base and other frequencies, but can only reach Weston, who advises that he's on his way, in order to rescue Jeff and keeps telling Jeff...."Just hold on." As Jeff and Sui Ling begin talking, Jeff learns that Sui Ling is a medical student, who is on the verge of developing the cure to an obscure disease, which will save lives. As they talk, Jeff discovers that his wife's, Melissa, grandmother has just died from the same disease, with Sui Ling advising that the disease is genetic.