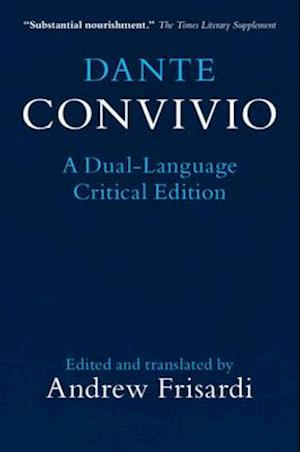 Dante's Convivio, composed in exile between 1304 and 1307, is a series of self-commentaries on three of Dante's long poems. These allegorical love poems and philosophical verse become the basis for philosophical, literary, moral, and political exposition. The prose is written in Italian so that those who were not educated in Latin could take part in what Dante called his 'banquet of knowledge'. In this edition, eminent Dante translator-scholar Andrew Frisardi offers the first fully annotated translation of the work into English, with an extensive introduction, making Dante's often complex writings accessible to scholars and students. The parallel Italian text is also included for the first time in an English translation of the Convivio. Readers of this work can gain a strong understanding of the philosophical themes across Dante's work, including the Divine Comedy, as well as the logic, politics and science of his time.