Dangerous Women, Libertine Epicures, and the Rise of Sensibility, 1670-1730 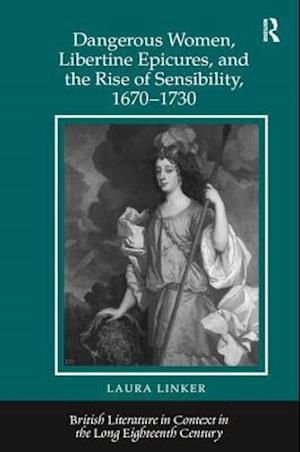 In the first full-length study of the figure of the female libertine in late seventeenth- and early eighteenth-century literature, Laura Linker examines heroines appearing in literature by John Dryden, Aphra Behn, Catharine Trotter, Delariviere Manley, and Daniel Defoe. Linker argues that this figure, partially inspired by Epicurean ideas found in Lucretius's De rerum natura, interrogates gender roles and assumptions and emerges as a source of considerable tension during the late Stuart and early Georgian periods. Witty and rebellious, the female libertine becomes a frequent satiric target because of her transgressive sexuality. As a result of negative portrayals of lady libertines, women writers begin to associate their libertine heroines with the pathos figures they read in French texts of sensibilite. Beginning with a discussion of Charles II's mistresses, Linker shows that these women continue to serve as models for the female libertine in literature long after their "reigns" at court ended. Her study places the female libertine within her cultural, philosophical, and literary contexts and suggests new ways of considering women's participation and the early novel, which prominently features female libertines as heroines of sensibility.