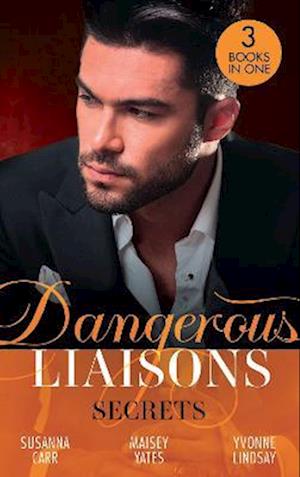 Seduction and scandal Tina Sharma and Dev Arjun's whirlwind romance made them Bollywood royalty, but beneath the glitz and glamour there's trouble-Tina wants a divorce! Dev won't give in without a fight, so he proposes a deal: play the dutiful wife for two months, then he'll let her go. But as Dev turns up the heat, Tina may just find herself wishing for a lifetime of pleasure with her devilishly delicious husband!*Having bided her time Princess Samarah Al-Azem's finally ready to bring down Sheikh Ferran - the man who took everything from her. It isn't the first time Ferran has found himself at the edge of an assassin's blade... but never has it been wielded by such a beautiful assailant. Soon he has Samarah at his mercy-now she must decide: imprisonment in a cell... or in diamond shackles as his wife.*Nate Jackson finds it almost too easy to seduce his enemy's daughter. After their white-hot weekend, he issues an ultimatum-Nicole Wilson will work for him or her family will learn of their affair. Nicole has little choice. Yet even as she bows to her lover's demands, she sees the hope for redemption in Nate's eyes. Does she dare trust a man planning to destroy all she holds dear?