Dana Island: The Greatest Shipyard of the Ancient Mediterranean 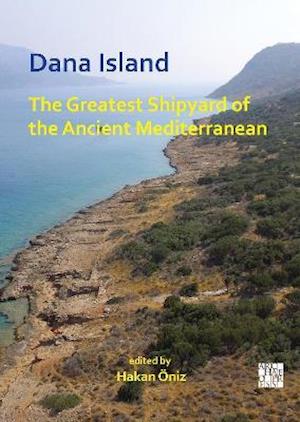 Dana Island: The Greatest Shipyard of the Ancient Mediterranean presents the dramatic archaeological discoveries from Dana Island, off the coast of Rough Cilicia in southern Turkey, where underwater investigations and surface survey in advance of excavation have revealed nearly 300 ancient rock-cut slipways, the largest number of such naval installations discovered to date. Further slipways have been lost to erosion or await excavation. The slipways accommodated a range of different sizes of warship and are identified as ship-sheds, grouped within a shipyard area, behind which are various structures seen as workshops used in shipbuilding, as well as living spaces, military and religious buildings, managerial facilities, barn areas for animals, baths and dock areas, shops, villas, columned areas, watchtowers, and many other buildings whose functions cannot yet be understood. The majority are mortarless stone structures, and some of the architectural forms show resemblances to Iron Age masonry. The volume presents and analyses the slipways, their use and possible dating. Water supply is discussed, and cisterns documented. Further chapters focus on the tombs found on the island, its geology, plant usage, and the geoarchaeology of the island's structures. Extensive contextual sections review the island's geographical situation and ancient naval history. Finally, computer modelling is used to produce stunning 3D visualisations of the ancient shipyard and naval base.