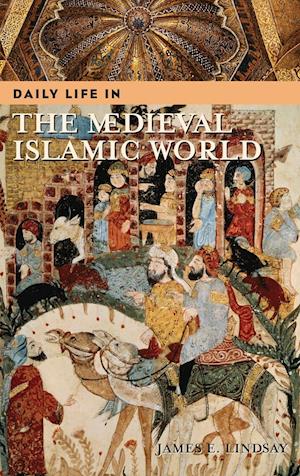 From the time of its birth in Mecca in the 7th century C.E., Islam and the Islamic world rapidly expanded outward, extending to Spain and West Africa in the west, and to Central Asia and the Indian Subcontinent in the east. An examination of the daily life in these Islamic regions provides insight into a civilized, powerful, and economically stable culture, where large metropolitan centers such as Damascus, Baghdad, and Cairo thrived in many areas, including intellectual and scientific inquiry. In contrast with medieval Europe, there is little common knowledge in the West of the culture and history of this vibrant world, as different from our own in terms of the political, religious, and social values it possessed, as it is similar in terms of the underlying human situation that supports such values. This book provides an intimate look into the daily life of the medieval Islamic world, and is thus an invaluable resource for students and general readers alike interested in understanding this world, so different, and yet so connected, to our own.Chapters include discussions of: the major themes of medieval Islamic history; Arabia, the world of Islamic origins; warfare and politics; the major cities of Damascus, Baghdad, and Cairo; religious rituals and worship; and a section on curious and entertaining information. Author James E. Lindsay further provides a focused look at the daily lives of urban Muslims during this time period, and of their interactions with Jews, Christians and other Muslims. Timelines, tables (including a calendar conversion to align the Islamic lunar and the Christian solar dates, and a dynastic table highlighting the major genealogies of the ancient ruling families), a bibliography, and a glossary of important dates and technical terms are also provided to assist the reader.