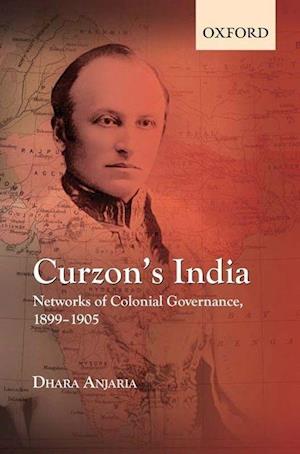 George Curzon was post-Mutiny India's most imperialistic Viceroy. From 1899-1905, he attempted to single-handedly implement a 12 point reform programme designed to optimise the efficiency of administration, eliciting fierce opposition and support from the other diverse constituents of the Government of India. The book examines two basic, intersecting themes that defined the course of George Curzon's Viceroyalty of India: executive power and the checks upon it. It analyses the degree to whichthe major constituent components of the Government of India successfully delineated and fenced in the boundaries of Viceregal power on their own, and the extent to which they collaborated with each other to do so, with reference to internal administration. The book explores the factors that helped and hindered Curzon in his quest to integrate these disparate elements that made up the Government of India into an efficient administrative framework which ran along the lines he wished. Also explored in the book are Curzon's relations with Lord Ampthill, his longest serving Governor and locum in 1904, which illustrate the evolution of a relationship that started off in expected acrimony, but evolved into a partnership of mutual respect andadministrative collaboration.

Forfattere
Bibliotekernes beskrivelse George Curzon was arguably India's most aspiring Viceroy; he came out with the intention to reform and streamline the administration of India. He achieved this in large measure, aided and hindered by a host of officials and administrators, in India and in England. This book looks at Curzon's relationships with the different departments of the British Government of India. 5 maps (black and white)