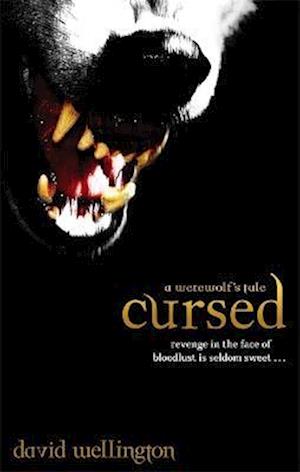 Revenge in the face of bloodlust is seldom sweet. . .There's one sound a woman doesn't want to hear when she's lost and alone in the Arctic wilderness: a howl. For Cheyenne Clark, there's a bad moon on the rise. When a strange wolf's teeth slash her ankle to the bone, her old life ends, and she becomes the very monster that has haunted her nightmares for years. Worse, the only one who can understand what Chey has become is the man - and wolf - who's doomed her to this fate. He also wants her dead.Yet, as the line between human and beast blurs, so too does the distinction between hunter and hunted...for Chey is more than just the victim she appears to be. But once she's within killing range, she may find that - even for a werewolf - it's not always easy to go for the jugular.

Forfattere
Bibliotekernes beskrivelse A fantastic new cross-genre novel by upcoming urban fantasy and horror author, David Wellington, CURSED is a totally unputdownable novel with tons of suspense and a fantastically original take on the werewolf myth