- The Power of Our Immune System and the Mind-Body Connection 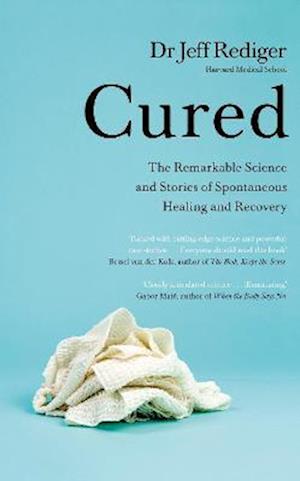 As a society, we push aside stories of remarkable recovery which don't fit our paradigm of one cause, one cure.In the history of medicine, we have almost never used the tools of rigorous science to investigate remarkable recoveries from incurable illnesses. But, Dr Jeff Rediger, a world-leading Harvard medic, psychiatrist and theologian, has spent the last fifteen years studying thousands of individuals from around the world and examining the stories behind these extraordinary cases of spontaneous remission.From retiree Claire, diagnosed with a violent form of pancreatic cancer and given weeks to live, to 23-year-old Matt, given a 2 per cent chance of surviving a lethal brain tumour. Both rejected chemotherapy and radiation, and went home to try to prepare themselves for acceptance and a peaceful death. Both are alive over a decade later, their bodies absent of all tumours.Dr Rediger doesn't classify people like Claire or Matt as 'flukes' or 'outliers' but has analysed what they - and thousands of others - have done to cure themselves and reveals the common denominators of people who have beaten the odds, unlocking the secrets behind the mind-body connection and discovering the immense power of the immune system.