indgår i serie International Series on Desistance and Rehabilitation 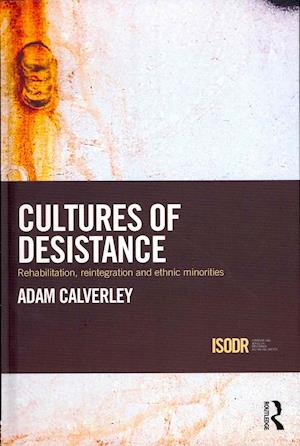 In contrast to the widespread focus on ethnicity in relation to engagement in offending, the question of whether or not processes associated with desistance - that is the cessation and curtailment of offending behaviour - vary by ethnicity has received less attention. This is despite known ethnic differences in factors identified as affecting disengagement from offending, such as employment, place of residence, religious affiliation and family structure, providing good reasons for believing differences would exist. This book seeks to address this oversight. Using data obtained from in-depth qualitative interviews it investigates the processes associated with desistance from crime among offenders drawn from some of the principal minority ethnic groups in the United Kingdom.Cultures of Desistance explores how structural (families, friends, peer groups, employment, social capital) and cultural (religion, values, recognition) ethnic differences affected the environment in which their desistance took place. For Indians and Bangladeshis, desistance was characterised as a collective experience involving their families actively intervening in their lives. In contrast, Black and dual heritage offenders' desistance was a much more individualistic endeavour. The book suggests a need for a research agenda and justice policy that are sensitive to desisters' structural location, and for a wider culture which promotes and supports desisters' efforts.