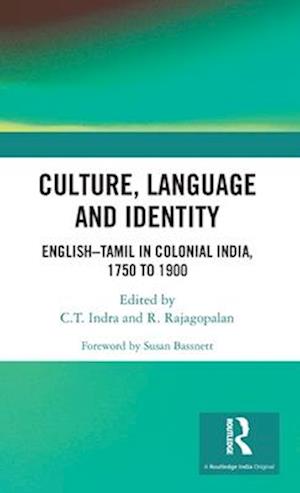 This volume examines the relationship between language and power across cultural boundaries. It evaluates the vital role of translation in redefining culture and ethnic identity. During the first phase of colonialism, mid-18th to late-19th century, the English-speaking missionaries and East India Company functionaries in South India were impelled to master Tamil, the local language, in order to transact their business. Tamil also comprised ancient classical literary works, especially ethical and moral literature, which were found especially suited to the preferences of Christian missionaries.This interface between English and Tamil acted as a conduit for cultural transmission among different groups. The essays in this volume are on chosen areas of translation activities and explore cultural, religious, linguistic and literary transactions. This volume and its companion (which looks at the period between 1900 CE to the present) cover the late colonial and postcolonial era and will be of interest to students, scholars and researchers of translation studies, literature, linguistics, sociology and social anthropology, South Asian studies, colonial and postcolonial studies, literary and critical theory as well as culture studies.