Culture and Science in the Nineteenth-Century Media 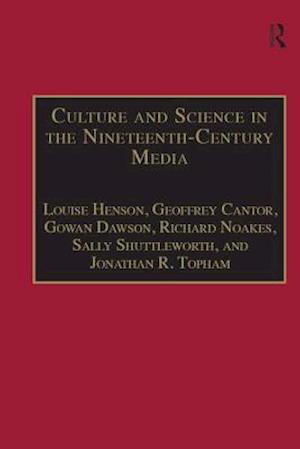 Written by literary scholars, historians of science, and cultural historians, the twenty-two original essays in this collection explore the intriguing and multifaceted interrelationships between science and culture through the periodical press in nineteenth-century Britain. Ranging across the spectrum of periodical titles, the six sections comprise: 'Women, Children, and Gender', 'Religious Audiences', 'Naturalizing the Supernatural', 'Contesting New Technologies', 'Professionalization and Journalism', and 'Evolution, Psychology, and Culture'. The essays offer some of the first 'samplings and soundings' from the emergent and richly interdisciplinary field of scholarship on the relations between science and the nineteenth-century media.

Forfattere
Bibliotekernes beskrivelse The 22 essays that comprise this volume are some of the first to explore the intriguing and multifaceted interrelationship between science and culture throughout the period of the 19th-century. Scholars from a number of different disciplines contributed to this study.