Cultural Responses to the Persian Wars

- Antiquity to the Third Millennium 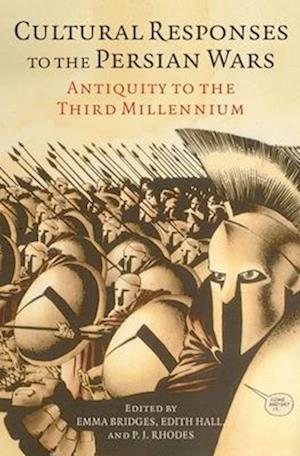 Cultural Responses to the Persian Wars addresses the huge impact on subsequent culture made by the wars fought between ancient Persia and Greece in the early fifth century BC. It brings together sixteen interdisciplinary essays, mostly by classical scholars, on individual trends within the reception of this period of history, extending from the wars' immediate impact on ancient Greek history to their reception in literature and thought both in antiquity andin the post-Renaisssance world. Extensively illustrated and accessibly written, with a detailed Introduction and bibliographies, this book will interest historians, classicists, and students of both comparative and modern literatures.

Forfattere
Bibliotekernes beskrivelse An exploration of the enormous impact that the Persian Wars, fought in the fifth century BC, have had on Western ideas of history, liberty, resistance, and national identity. Sixteen internationally acclaimed classical scholars discuss treatments of these famous wars in art, theatre, philosophy, poetry, biography, and modern cinema and fiction. numerous halftones