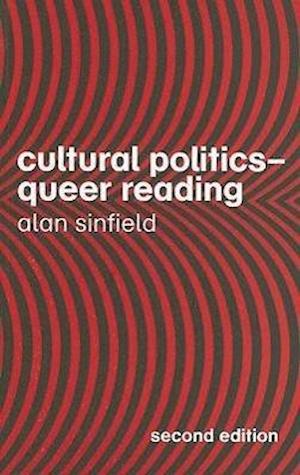 Following a first edition that generated wide-spread debate, Cultural Politics - Queer Reading is a bold study of the future of critical theory and the role of gender, ethnicity and cultures within academic literary studies.An illuminating introduction to the second edition revisits the book's agenda for a new form of cultural critique and a truly political lesbian and gay studies. Sinfield renews his call for an 'Englit' that incorporates ongoing study of the cultures of ethnicity, gender and sexuality.Challenging the assumptions that have shaped the study of English literature, Sinfield engages provocatively with topics such as the gendering of literary culture, the sexual politics of psychoanalysis during the Cold War and the history of cultural materialism. He discusses such key figures as William Shakespeare, Christopher Marlowe, Walt Whitman, Arthur Miller, Holly Hughes, Audre Lorde and Jeanette Winterson.This influential investigation of the principles and practice that may form dissident reading, forms compelling argument for intellectual allegiances beyond the academy.