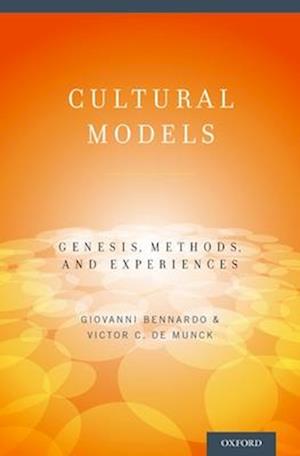 This book is about cultural models. Cultural models are defined as molar organizations of knowledge. Their internal structure consists of a 'core' component and 'peripheral' nodes that are filled by default values. These values are instantiated, i.e., changed to specific values or left at their default values, when the individual experiences 'events' of any type. Thus, the possibility arises for recognizing and categorizing events as representative of the samecultural model even if they slightly differ in each of their specific occurrences. Cultural models play an important role in the generation of one's behavior. They correlate well with those of others and the behaviors they help shape are usually interpreted by others as intended. A proposal is thenadvanced to consider cultural models as fundamental units of analysis for an approach to culture that goes beyond the dichotomy between the individual (culture only in mind) and the collective (culture only in the social realm). The genesis of the concept of cultural model is traced from Kant to contemporary scholars. The concept underwent a number of transformations (including label) while it crossed and received further and unique elaborations within disciplines like philosophy, psychology,anthropology, sociology, artificial intelligence, and cognitive science. A methodological trajectory is outlined that blends qualitative and quantitative techniques that cross-feed each other in the gargantuan effort to discover cultural models. A survey follows of the extensive research aboutcultural models carried out with populations of North Americans, Europeans, Latino- and Native-Americans , Asians (including South Asians and South-East Asians), Pacific Islanders, and Africans. The results of the survey generated the opportunity to propose an empirically motivated typology of cultural models rooted in the primary difference between foundational and molar types. The book closes with a suggestion of a number of avenues that the authors recognize the research on cultural modelscould be traversing in the near future.