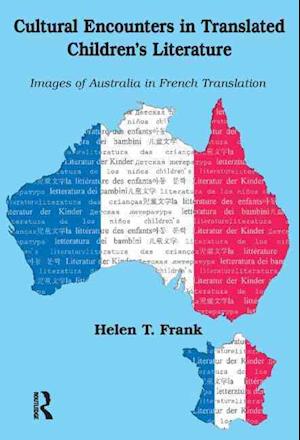 Cultural Encounters in Translated Children's Literature offers a detailed and innovative model of analysis for examining the complexities of translating children's literature and sheds light on the interpretive choices at work in moving texts from one culture to another. The core of the study addresses the issue of how images of a nation, locale or country are constructed in translated children's literature, with the translation of Australian children's fiction into French serving as a case study. Issues examined include the selection of books for translation, the relationship between children's books and the national and international publishing industry, the packaging of translations and the importance of titles, blurbs and covers, the linguistic and stylistic features specific to translating for children, intertextual references, the function of the translation in the target culture, didactic and pedagogical aims, euphemistic language and explicitation, and literariness in translated texts. The findings of the case study suggest that the most common constructs of Australia in French translations reveal a preponderance of traditional Eurocentric signifiers that identify Australia with the outback, the antipodes, the exotic, the wild, the unknown, the void, the end of the world, the young and innocent nation, and the Far West. Contemporary signifiers that construct Australia as urban, multicultural, Aboriginal, worldly and inharmonious are seriously under-represented. The study also shows that French translations are conventional, conservative and didactic, showing preference for an exotic rather than local specificity, with systematic manipulation of Australian referents betraying a perception of Australia as antipodean rural exoticism. The significance of the study lies in underscoring the manner in which a given culture is constructed in another cultural milieu, especially through translated children's literature.

Forfattere
Bibliotekernes beskrivelse Offers a detailed and innovative model of analysis for examining the complexities of translating children's literature.