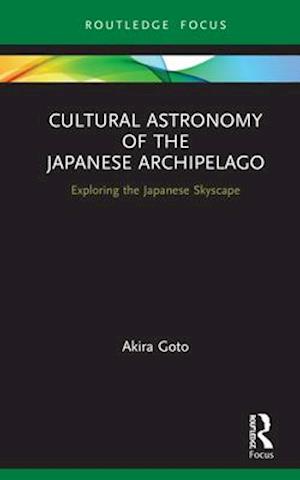 Goto introduces the diverse and multi-layered skylore and cultural astronomy of the peoples of the Japanese archipelago.

Going as far back as the Jomon, Yayoi and Kofun periods, this book examines the significance of constellations in the daily life of farmers, fishermen, sailors, priests and the ruling classes throughout Japan's ancient and medieval history. As well as covering the systems of the dominant Japanese people, he also explores the astronomy of the Ainu people of Hokkaido, and of the people of the Ryukyu islands. Along the way he discusses the importance of astronomy in official rituals, mythology, and Shinto and Buddhist ceremonies.

This book provides a unique overview of cultural astronomy in Japan and is a valuable resource for researchers as well as anyone who is interested in Japanese culture and history.