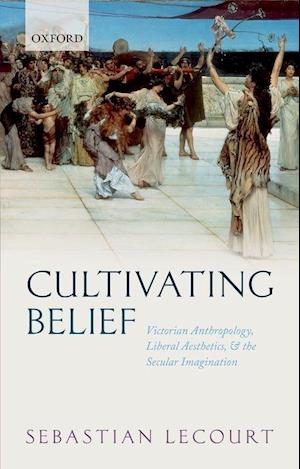 This book explores how a group of Victorian liberal writers that included George Eliot, Walter Pater, and Matthew Arnold became attracted to new theories of religion as a function of race and ethnicity. Since the early modern period, British liberals had typically constructed religion as a zone of personal belief that defined modern individuality and interiority. During the 1860s, however, Eliot, Arnold, and other literary liberals began to claim that religion couldactually do the most for the modern self when it came as a kind of involuntary inheritance. Stimulated by the emerging science of anthropology, they imagined that religious experiences embedded in race or ethnicity could render the self heterogeneous, while the individual who insisted upon selectinghis or her own beliefs would become narrow and parochial. By rethinking the grounds of religion, this book argues, these writers were ultimately trying to shift liberal individualism away from a classical Protestant liberalism that celebrated interiority and agency and toward one that valorized eclecticism and the capacity to keep multiple values in play. More broadly, their work offers us a new picture of secularization, not as a process of religious decline, but as the reinscription of religion as an ordinary feature of human life-like art, orpolitics, or sex-whose function could be debated.

Forfattere
Bibliotekernes beskrivelse This book explores how a group of Victorian literary writers - including George Eliot, Walter Pater, and Matthew Arnold - became interested in the emerging anthropology of religion, which sought to explain religion not in terms of doctrines or beliefs but as a function of race or ethnicity.