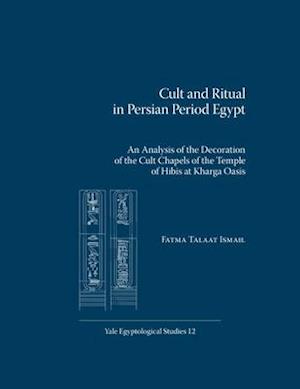 Ancient Egyptian temple walls expressed royal and political ideologies, reflected the ancient Egyptian secular and spiritual world order, supplied a medium for the reenactments of assorted myths, and implied a metaphor for the universe. The Temple of Hibis is one of the most important temples from Late Period Egypt. Despite the conventional overall architecture plan of the temple, it exhibits numerous particularities. While the more prominent parts of the temple, such as the sanctuary, have been studied by numerous scholars, in other areas the decoration schemes remain largely unexplained. This book focuses on the decorative schemes of several chapels in the earlier part of the temple, chapels that were either established and/or were decorated during the first Persian Period (525-404 BCE). These chapels were located around the main sanctuary A, but have rarely been the subject of scholarly discussions. It concentrates on a few chapels of the Temple of Hibis: chapels F and G to the south of sanctuary A on the first level of the temple and all the decorated chapels, E1, E2, H1, and H2, on the second level of the temple. Each chapter begins with a brief description of the scenes and their basic layout and a complete translation of the accompanying texts. A more in-depth analysis regarding both text and image follows in the commentary. It includes the analysis of the different aspects of the gods, their origins, and the development of their cults that are significant to the scenes and to each other. Also discussed are their coherence, any aspects that are especially emphasized, and any other information that could be gleaned from the whole scene. The analysis tries to detail the specific composition that makes up the mosaic of the picture, wall, or room. Attention is paid to both the scenic arrangement and the hieroglyphic inscriptions, as the interpretation of one would be meaningless without the other. Attention is given to investigating the general function of the different rooms by means of their decoration and by identifying the patterns or important themes generated by the layout of the scenes. The results are summarized in the last chapter. A number of line drawings have been inserted into the text beside a described scene as an aid to the reader.