- A Cosmopolitan Platter and the Middle-Class 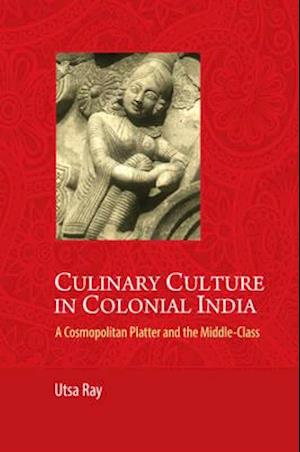 This book utilizes cuisine to understand the construction of the colonial middle class in Bengal who indigenized new culinary experiences as a result of colonial modernity. This process of indigenization developed certain social practices, including imagination of the act of cooking as a classic feminine act and the domestic kitchen as a sacred space. The process of indigenization was an aesthetic choice that was imbricated in the upper caste and patriarchal agenda of the middle-class social reform. However, in these acts of imagination, there were important elements of continuity from the pre-colonial times. The book establishes the fact that Bengali cuisine cannot be labeled as indigenist although it never became widely commercialized. The point was to cosmopolitanize the domestic and yet keep its tag of 'Bengaliness'. The resultant cuisine was hybrid, in many senses like its makers.

Forfattere
Bibliotekernes beskrivelse One of the chief arguments of this book is that the middle class in colonial Bengal indigenized new culinary experiences that came with colonialism. The book establishes the fact that Bengali cuisine cannot be labeled as indigenist although it never became widely commercialized. Worked examples or Exercises