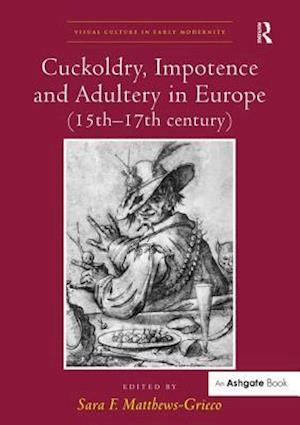 In Renaissance and early modern Europe, various constellations of phenomena-ranging from sex scandals to legal debates to flurries of satirical prints-collectively demonstrate, at different times and places, an increased concern with cuckoldry, impotence and adultery. This concern emerges in unusual events (such as scatological rituals of house-scorning), appears in neglected sources (such as drawings by Swiss mercenary soldier-artists), and engages innovative areas of inquiry (such as the intersection between medical theory and Renaissance comedy). Interdisciplinary analytical tools are here deployed to scrutinize court scandals and decipher archival documents. Household recipes, popular literary works and a variety of visual media are examined in the light of contemporary sexual culture and contextualized with reference to current social and political issues. The essays in this volume reveal the central importance of sexuality and sexual metaphor for our understanding of European history, politics and culture, and emphasize the extent to which erotic presuppositions underpinned the early modern world.