- The Power of Education 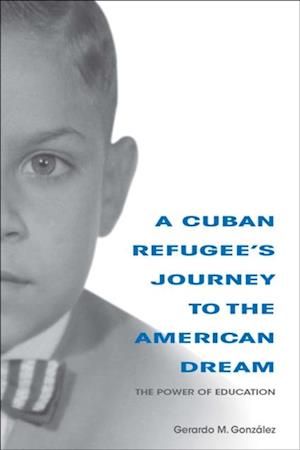 A touching memoir recounting the journey of a young Cuban immigrant to the US who went on to become a professor and university dean.In February 1962, three years into Fidel Castro's rule of their Cuban homeland, the Gonzalez family-an auto mechanic, his wife, and two young children-landed in Miami with a few personal possessions and two bottles of Cuban rum. As his parents struggled to find work, eleven-year-old Gerardo struggled to fit in at school, where a teacher intimidated him and school authorities placed him on a vocational track. Inspired by a close friend, Gerardo decided to go to college. He not only graduated but, with hard work and determination, placed himself on a path through higher education that brought him to a deanship at the Indiana University School of Education.In this deeply moving memoir, Gonzalez recounts his remarkable personal and professional journey. The memoir begins with Gerardo's childhood in Cuba and recounts the family's emigration to the United States and struggles to find work and assimilate, and Gonzalez's upward track through higher education. It demonstrates the transformative power that access to education can have on one person's life. Gerardo's journey came full circle when he returned to Cuba fifty years after he left, no longer the scared, disheartened refugee but rather proud, educated, and determined to speak out against those who wished to silence others. It includes treasured photographs and documents from Gonzalez's life in Cuba and the US. His is the story of one immigrant attaining the American Dream, told at a time when the fate of millions of refugees throughout the world, and Hispanics in the United States, especially his fellow Cubans, has never been more uncertain.'Author and educator Gerardo M. Gonzalez brilliantly illustrates the joys and struggles of the refugee experience, and the inarguable role of education as an open door to opportunity. This is a delightful read, and one that will inspire you to achieve greatness regardless of the odds.' -Dr. Eduardo J. Padron, President, Miami Dade College'There can be no more persuasive testimony to the power of intelligence, commitment, and inspiration than Gerardo M. Gonzalez's memoir. The contribution of immigrants to America's prosperity and national achievements is undeniably impressive. Yet, this transformational story of challenge and achievement, while individually exceptional, is nonetheless emblematic of the experience of countless immigrants who have made America better than it could otherwise have been. No finer antidote to the simplistic sloganeering of the immigration debate exists.' -John V. Lombardi, President Emeritus, University of Florida, and author of How Universities Work