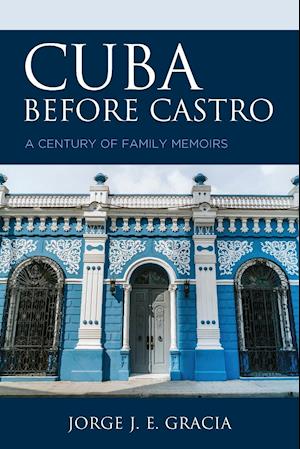 Although much has been written about Cuba after Castro, relatively little has been written about Cuba before Castro. The political reality of Castro's Revolution has created a historical void about this period, paying insufficient attention to an important century before 1959. Cuba has become a political punching bag, between supporters and critics of Castro and the Revolution, making it difficult to understand real life in Cuba because of the disproportionate preoccupation with, and monopoly of, the political reality on the island. In spite of some attempts, it continues to be easier and perceived as more pressing, to write about politics rather than the reality that Cubans experienced in their daily lives- their sufferings and celebrations, successes and failures, lives and deaths, and beliefs and disbeliefs. Going for and against the avalanche of information about the political authenticity in and out of Cuba, most Cubans have tended to forget that Cuba is much larger than the perceived reality after Castro's Revolution. Too many have failed to remember the Cubans who have lived and worked in Cuba in the century before an important period of Cuban history where the nation was forged. Indeed, even limited attention reveals a rich and sophisticated society that calls for study. In this book Jorge J.E. Gracia approaches this situation by telling true stories about some members of his family (Doctor Ignacio Gracia, Maruca Otero, the Marques de Arguelles, and many others) who lived during a culturally rich century before Castro. He hopes to entice historians, academics, tourists and others, to pursue a balanced exploration of the island by telling part of their stories. This enterprise is neither history nor fiction, but memories written by a Cuban who left Cuba when he was eighteen years old and has become a distinguished philosopher in the United States.