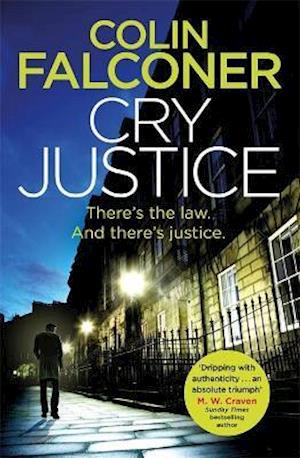 font size="+1">'Dripping with authenticity. Packed full of characters you genuinely care about . . . I didn't read the last few chapters, I devoured them. An absolute triumph' M. W. CRAVEN_____________________There's the law. Or there's justice.Most acts of violence are pretty random. But murdering someone and impaling their head on the railing outside the Royal Courts of Justice... that takes planning.And when the pathologist finds a page from a book rammed down the dead man's throat, DI Charlie George thinks it's safe to assume that someone, somewhere, wants to send a message.But people who have the resources to plan a murder like that also have the smarts not to get caught. So Charlie knows he has a problem.Whoever the killer is, he doesn't think they've finished handing out their version of justice just yet. He just wishes he could summon the enthusiasm to stop them. Because sometimes people really do get what's coming to them. And Charlie and his team are left wondering which side of the law is justice really on?________________Praise for Colin Falconer'Once you read [a] Colin Falconer [book], you'll want to read everything he's ever written' Crystal Book Reviews'Falconer's grasp of period and places is almost flawless ... He's my kind of writer' Peter Corris, The Australian'You are in for a real roller-coaster ride of never ending intrigue'History and Women'Falconer demonstrates exceptional characterization' Bookgeeks