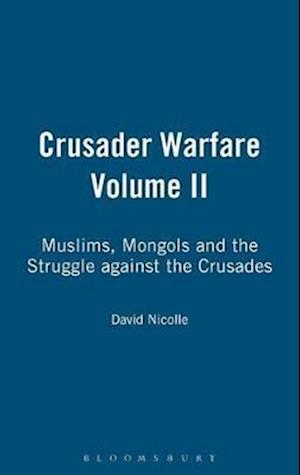 This second volume of "Crusader Warfare" focuses on those non-Christian cultures which were most directly involved in the Crusades. Centering on the Islamic world, the Mongol "World Empire", its fragmented successor states and certain other non-Christian cultures David Nicolle presents many fascinating aspects of warfare and the historical, cultural and economic background of the Islamic military during a much neglected period. In reality the Crusades, and the parallel but separate clash between the Islamic World and the Mongols, resulted from a remarkable variety of political, economic, cultural and religious factors. These campaigns involved an extraordinary array of states, ruling dynasties, ethnic, linguistic and cultural groups as well as the fighting forces associated with these disparate participants.Much current interest in the Crusades reflects the perceived threat of a so-called "clash of civilizations" and, while warnings of such a supposed clash in our own times are based upon a misunderstanding of the natures of both "Western" and "Islamic" civilizations, certain commentators have looked to the medieval Crusades as an earlier example of such a clash.Some have even interpreted the "third force" of the Mongols as somehow prefiguring the role of China, Japan or the Far East as a whole in the today's world.