- Model Sermons for the Preaching of the Cross 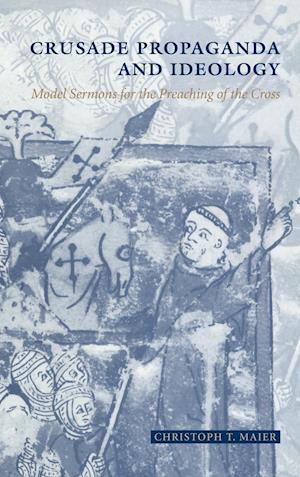 This book, first published in 2000, presents an edition of seventeen ad status model sermons for the preaching of the crusades from the thirteenth and early fourteenth centuries. The majority of these texts had never been printed before publication of this book. They are unique sources for the content of crusade propaganda in the later Middle Ages, giving a rare insight into the way in which propaganda shaped the public's view of crusading during that period. Accompanying the Latin texts is an English translation which is aimed at making these sources accessible to a wider circle of students and scholars. The first part of the book consists of a study of these model sermons which focuses on their place in the pastoral reform movement of the thirteenth century, their specific character as models for the use of crusade propagandists, their internal structure, and the image of the crusade conveyed in the texts.

Forfattere
Bibliotekernes beskrivelse This book, first published in 2000, presents an edition of seventeen manuscript sermon texts for the preaching of the crusades - unique sources for the study of the crusades and medieval preaching, two vibrant areas of medieval studies. The majority of these texts, printed in Latin and in English translation, had never been published before appearing in this book.