Cruelty, Sexuality, and the Unconscious in Psychoanalysis 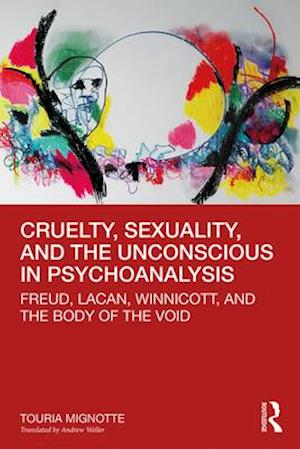 In Cruelty, Sexuality, and the Unconscious in Psychoanalysis, Touria Mignotte explores an innovative conception of cruelty. Integrating the life sciences and quantum physics, this approach shows that cruelty structures the living just as much as the unconscious, and makes it possible to integrate the main psychoanalytic currents, notably Freud, Lacan, Winnicott, Klein, and the thinkers of autism, while renewing the place of psychoanalysis as a human science.The life sciences have given us an insight into the murderous struggles that unfold before the primitive environment consents to the emergence of life as a "primary destructive impulse." This book offers a deep exploration of this primitive cruelty and of the processes of pairing that it induces: Mignotte hypothesizes that cruelty pertains to the dynamics of the void from which the human being originates, and whose creative expansion manifests itself, at each birth, as a sexual excess threatening the primary oneness. Cruelty, Sexualit,y and the Unconscious in Psychoanalysis thus posits the necessity of revisiting the fundamental concepts of psychoanalysis within a new epistemological framework developed from the laws of the dynamics of the void and based on an analysis of the development of these dynamics through clinical symptomatology. From this new perspective, this book suggests that the narcissistic psychoses and contemporary pathologies may be seen as the enactment of the murder and incest induced by the jouissance of the primitive void.This book calls on psychoanalysts to become the testamentary witnesses of the inhuman sexuality of the primitive void and to allow themselves to be affected by the ferment of destabilization and dissociation from which it proceeds.