- The Ritual Rehab of Child Molesters in Germany 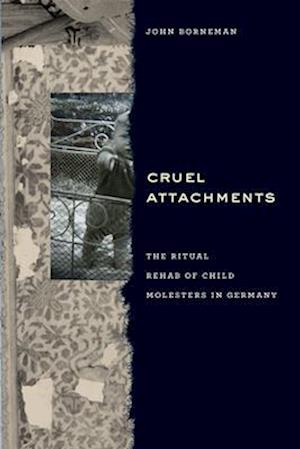 There is no more seemingly incorrigible criminal type than the child sex offender. Said to suffer from a deeply rooted paraphilia, he is often considered to be outside the moral limits of the human, profoundly resistant to change. Despite these assessments, in much of the West an increasing focus on rehabilitation through therapy provides hope that psychological transformation is possible. Examining the experiences of child sex offenders undergoing therapy in Germany - where such treatments are both a legal right and duty - John Borneman, in Cruel Attachments, offers a fine-grained account of rehabilitation for this reviled criminal type. Carefully exploring different cases of the attempt to rehabilitate child sex offenders, Borneman details a secular ritual process aimed not only at preventing future acts of molestation but also at fundamentally transforming the offender, who is ultimately charged with creating an almost entirely new self.Acknowledging the powerful repulsion felt by a public that is often extremely skeptical about the success of rehabilitation, he challenges readers to confront the contemporary contexts and conundrums that lie at the heart of regulating intimacy between children and adults.