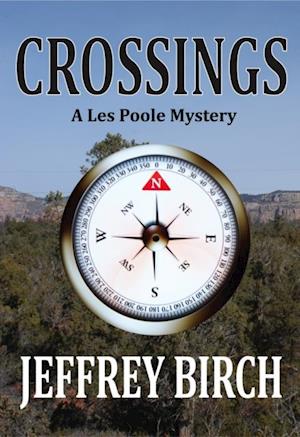 Blue Mesa Arizona police chief, Les Poole is unexpectedly called first to a nearby Apache Indian reservation to be informed that a meth lab was discovered on a remote part of their land. A white man was seen leaving the area by tribal members and is likely a Blue Mesa resident. Tribal chairman, Charlie Yellow Horse also alerts Les that Mexican drug runners have been crossing the reservation under cover of darkness. Between meth and cocaine, Les becomes worried. On the same day, Les is invited to a large farm that borders Mexico. The owner, Maria Montoya informs him that Mexicans are poring across the border with drugs in one direction and money, the other. The two warnings set up a chain of events that lead Les on a chase to find the leader of the illegal drug enterprise and protect his town. The identity of the drug ringleader remains elusive. Things become more complicated as a drug courier is mysteriously murdered on the farm and tribal members take matters into their own hands to stop the illegal Mexican drug couriers. Both Maria Montoya and Charlie Yellow Horse are forced into cover-ups to protect their lands. Bodies begin piling up as the leader becomes desperate to eliminate all who have seen him, protect his couriers and the valuable crossings.