Crosshairs on the Capital 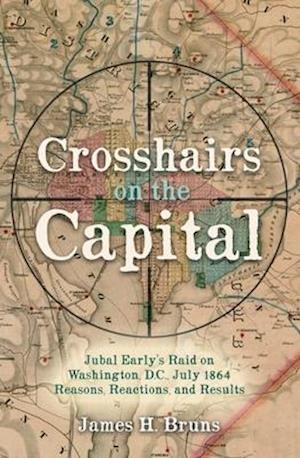 In an era of battlefield one-upmanship, the raid on the Nation's capital in July 1864 was prompted by an earlier failed Union attempt to destroy Richmond and free the Union prisoners held there. Jubal Early's mission was in part to let the North have a taste of its own medicine by attacking Washington and freeing the Confederate prisoners at Point Lookout in southern Maryland. He was also to fill the South's larder from unmolested Union fields, mills and barns. By 1864 such southern food raids had become annual wartime events. And he was to threaten and, if possible, capture Washington. This latter task was unrealistic in an age when the success of rifle fire was judged to be successful not by accuracy, but by the amount of lead that was shot into the air. Initially, the Union defenders of the city were largely former slaves, freemen, mechanic, shopkeepers and government clerks, as well as invalids. They might not have known much about riflery and accuracy, but they were capable of putting ample lead on the long until Regular Union regiments arrived. Jubal Early hesitated in attacking Washington, but he held the City at bay while his troops pillaged the countryside for the food Lee's Army needed to survive.This new account focuses on the reasons, reactions and results of Jubul Early's raid of 1864. History has judged it to have been a serious threat to the capital, but James H. Bruns examines how the nature of the Confederate raid on Washington in 1864 has been greatly misinterpreted - Jubal Early's maneuvers were in fact only the latest in a series of annual southern food raids. It also corrects some of the thinking about Early's raid, including the reason behind his orders from General Lee to cross the Potomac and the thoughts behind the proposed raid on Point Lookout and the role of the Confederate Navy in that failed effort. It presents a new prospective in explaining Jubal Early's raid on Washington by focusing on why things happened as they did in 1864. It identifies the cause-and-effect connections that are truly the stuff of history, forging some of the critical background links that oftentimes are ignored or overlooked in books dominated by battles and leaders.