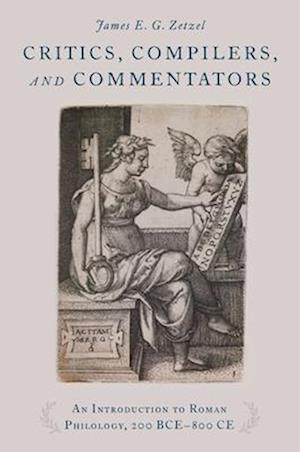 "To teach correct Latin and to explain the poets" were the two standard duties of Roman teachers. Not only was a command of literary Latin a prerequisite for political and social advancement, but a sense of Latin's history and importance contributed to the Romans' understanding of their own cultural identity. Put plainly, philology - the study of language and texts - was important at Rome.Critics, Compilers, and Commentators is the first comprehensive introduction to the history, forms, and texts of Roman philology. James Zetzel traces the changing role and status of Latin as revealed in the ways it was explained and taught by the Romans themselves. In addition, he provides a descriptive bibliography of hundreds of scholarly texts from antiquity, listing editions, translations, and secondary literature. Recovering a neglected but crucial area of Roman intellectual life,this book will be an essential resource for students of Roman literature and intellectual history, medievalists, and historians of education and language science.

Forfattere
Bibliotekernes beskrivelse Critics, Compilers, and Commentators is the first comprehensive introduction to Roman philology-the study of Latin language and Latin texts. It explains its history and forms as they were transformed by changing intellectual and social contexts, and provides description and bibliography of hundreds of surviving dictionaries, commentaries, and grammars.PRIZES:Winner of Library Journal Best Seller (January 2019).