Critical Theory and the Classical World 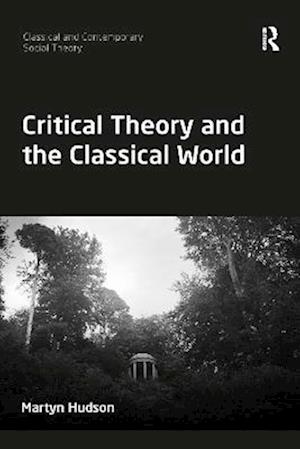 This book radically re-examines Europe's imaginaries of its origin in the ancient Greek world. Extracting central concepts of critical theory in its widest sense - beyond the Frankfurt School - like the human, force, spirit and domination, it allies them to characters, mythologies and motifs in ancient thought. Just as the stories of Achilles, Helen and Odysseus have become central to our modes of self-understanding, so we can also examine the roots and routes of the concepts of social theory out of the ancient earth and its myths. An important book for scholars and students of critical theory, social theory, aesthetic theory and the history of the human sciences, it alerts us to the catastrophe that we are facing in the 21st century - a catastrophe of domination and ecological collapse that has its origins in the ancient world and the ways in which it began to define a certain sense of humanness. Considering the artistic production of the ancient world in relation to the thought of Adorno, Critical Theory and the Classical World argues that it is only by understanding the persistence of the haunted motifs of the past into the present that we can begin to re-forge our critical theory of society and re-found our social formations on a new basis.