Critical Theory and the Challenge of Praxis 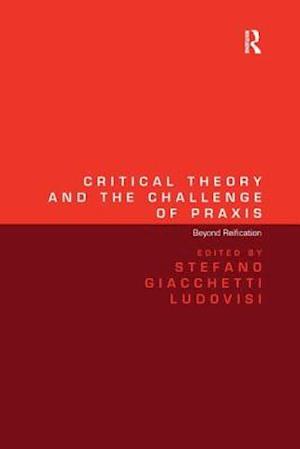 This volume explores possibility of constructing a political outcome from the theory of the early years of the Frankfurt School, countering the commonly-made criticism that critical theory is highly speculative. With chapters exploring the work of figures central to the Frankfurt School, including Benjamin, Adorno, Horkheimer, Marcuse, Habermas and Honneth, Critical Theory and the Challenge of Praxis reveals that it is only with a fixed and dogmatic model of politics that critical theory is incompatible, and that it can in fact yield a rich variety of political models, ranging from new forms of Marxism to more contemporary 'dialogical' models centred on the politics of identity. With attention to new ways of contrasting alienation and reification in contemporary forms of social organisation, this book demonstrates that the thought of the Frankfurt school can in fact be an invaluable tool not only for developing a critique of advanced capitalism, but also for originating alternative models of political praxis. As such, it will appeal to scholars of social and political theory, with interests in classical sociological thought and continental philosophy.