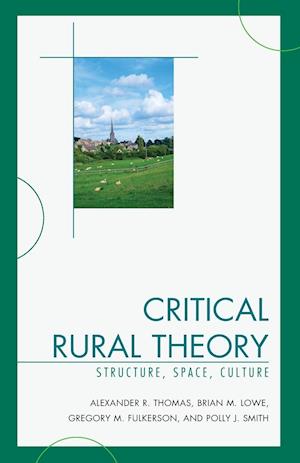 Critical Rural Theory is an attempt to bring together the concepts of structure, space, and culture in order to explain the relationship between rural communities and urban society. The overarching theme revolves around the many ways-structural, spatial, and cultural-in which urban systems create and maintain a hegemonic relationship with rural areas and people. Central to this theme is the concept of urbanormativity: the cultural assumption of the dominance and superiority of urban communities and patterns of life. Urbanormativity is an outgrowth of the structural forces in an urban society that favor the interests of cities over those of the countryside, of a generally exploitative relationship between the two. The structure of a society is encoded in the settlement space, which in turn influences one's experience. The experience of social space produces cultural dynamics that are reproduced from generation to generation. These mechanisms are explored through popular culture, physical patterns of urban expansion, and historical patterns of social change.