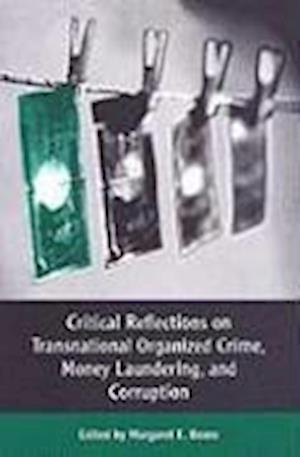 Transnational crime, organized crime, money laundering and corruption are four concepts that have gained and continue to gain an international and domestic profile. Is the information given to the public concerning these concepts distorted by the vested interests of some politicians, media, police, and international organizations whose existence or enhanced resources depend on the perception that there is an ever-growing 'threat'? Countries are expected to react to organized crime and corruption in a uniform manner based upon various agreements, conventions, and accords, but at what cost are these enforcement measures applied, and do they in fact effectively address the specific criminal activity?Internationally renowned contributors offer a wide range of challenges to the commonly-held views on transnational crime, including a historical piece that looks at how we arrived at current accepted interpretations of organized crime; recent analysis of the failure in both theory and practice of the war on money laundering; a call for a clearer evaluation of white collar and corporate crimes; and an analysis of the impact of foreign policies on foreign jurisdictions - all in the name of the 'drug war.' Theoretical essays are balanced with empirical studies that examine organized crime in terms of its lack of structure, lack of permanent commitment to specific crime, and lack of the accumulated wealth that has become the target of anti-money laundering crusades. At present, transnational crime, organized crime, money laundering, and corruption are no longer seen as separate entities, but are all too often combined as a 'package' believed to be connected to and supported by terrorism.While real societal threats are not discounted, Critical Reflections on Transnational Organized Crime, Money Laundering, and Corruption argues that enforcement and policy efforts must be directed towards appropriate targets, and perceived threats must be more closely evaluated to prevent an escalating rhetoric of fear and, subsequently, wasted resources.

Forfattere
Bibliotekernes beskrivelse Contributors offer a wide range of challenges to commonly-held views on transnational crime and approaches to fighting it, suggesting that current international policies follow an American model that exaggerates its threat out of proportion.