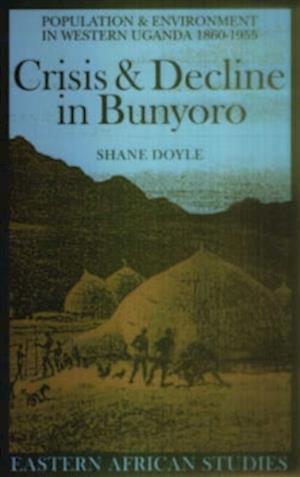 Colonial rule triggered rapid population growth in most of Africa. Why then did Bunyoro suffer exceptionally low levels of fertility and high levels of mortality right through the colonial period? The crucial event was the invasion of Bunyoro by British forces in 1893. By 1899, when her resistance was finally broken, much of Bunyoro's best rangeland had been transferred to her neighbours, and what remained of the kingdom was largely depopulated and overrun by disease-bearing insects and game. As a consequence of this ecological disaster Bunyoro had the lowest livestock levels in colonial East Africa. The lack of livestock lay at the heart of the problems of malnutrition, low marriage rates, poverty and emigration that, in combination with high rates of sexually transmitted diseases, obstructed Bunyoro's demographic recovery for half a century. This book addresses a number of issues of contemporary relevance. It considers the conflict between traditional African rulers and the modern state, the relationship between demography and environmental change, the history of the STDs, and the impact of cash-cropping on rural inequality. SHANE DOYLE is a Lecturer in History at Leeds University Published in association with The British Institute in Eastern Africa North America: Ohio U Press; Uganda: Fountain Publishers; Kenya: EAEP

Forfattere
Bibliotekernes beskrivelse Examines one society's reaction to a period of prolonged, rapid population decline, a trauma that seems likely to become ever more common in African in years to come.