Crisis Among the Great Powers

- The Concert of Europe and the Eastern Question 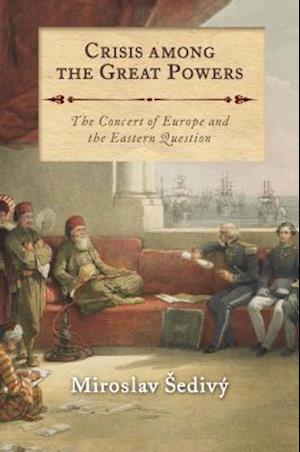 In 1840, conflict within the Ottoman Empire gave rise to a serious all-European crisis which led to a diplomatic rupture between France and other Great Powers. The crisis was given the name of the natural frontier which divided France from the rest of Europe: the Rhine. Although the Rhine Crisis did not lead to armed conflict, many states were deeply worried by the unfolding events and by the failure of the peace so carefully negotiated at the end of the Napoleonic Wars. Combined with accumulated political, social, national and economic problems, there were fears of general social upheaval and perhaps even revolution. This book uses the Rhine Crisis to evaluate the stability of the European States System and the functionality of the Concert of Europe in this period. In doing so, Miroslav edivy offers an original and deeply-researched insight into the history of international relations in the pivotal years between 1815 and 1848."