Criminal Insurgencies in Mexico and the Americas 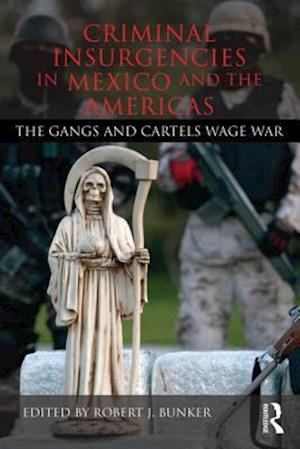 In recent years, the south-western border of the United States has come under increasing pressure from the activities of Mexican narco-insurgents. These insurgents have developed rapidly from beginnings as nebulous gangs into networked cartels that have exposed the porosity of the border. These cartels declare no allegiance to any nation and are engaging in asymmetrical warfare against sovereign states throughout Mexico and in Central America. Within such states, de facto political control is shifting to the cartels in the 'areas of impunity' that have emerged. This book addresses these concerns and focuses on the criminal insurgencies being waged by the gangs and cartels. It is divided into sections on theory, Mexico, and the Americas and contains a number of introductory essays pertaining to this premier security threat to the United States and her allies in the region. Topics covered include criminal and spiritual insurgency, cartel weapons, corruption, feral cities, Los Zetas, politicized gangs, and threat analysis in Central America.This book will be a valuable resource to scholars in the fields of regional security, criminal justice and American Studies. It will be of great benefit to military and civil policymakers and practitioners in the areas of law enforcement and counternarcotics.This book was published as a special issue of Small Wars and Insurgencies.