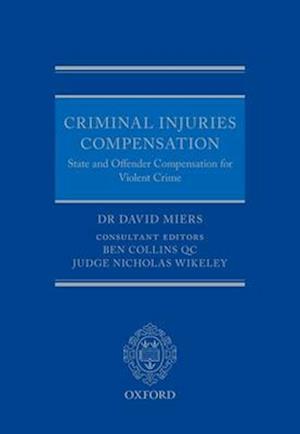 The 2012 Criminal Injuries Compensation Scheme (CICS) deals with some 33,000 applications for compensation each year. It has, since 1964, been one of the principal means by which the state aims to meet victims' expectations following an offence of violence, but it also displays a clear doctrinal effort to differentiate 'deserving' from 'undeserving' victims. Over much of the same period criminal courts and agencies have enjoyed powers to order offenders to paycompensation to their victims, most recently as an element of restorative justice.Split into two parts, Criminal Injuries Compensation is an authoritative analysis of the statutory provisions governing these various remedies. Part One, State Compensation, analyses the Scheme's defining provisions: what constitutes 'a criminal injury', what persons and injuries may be compensated, the rules governing the victim's own conduct and character, the assessment of the award, and the procedures governing applications, appeals and judicial review. Part Two, OffenderCompensation, analyses the conditions under which a criminal court may make a compensation order as an element of its sentencing decision, concluding with the potential of restorative justice to deliver offender compensation to victims. The book also touches on the wider political and criminal justice context ofcompensation.Written and edited by an expert academic and practitioner team, Criminal Injuries Compensation is an essential text for all those with an interest in understanding the statutory, judicial and administrative rules that govern state and offender payment of compensation to victims of violent crime.

Forfattere
Bibliotekernes beskrivelse State and Offender Compensation for Criminal Injuries represents an authoritative analysis of the statutory, judicial and administrative rules that govern state and offender payment of compensation to victims of violent crime. It is an essential text for all those working with or interested in this field of law.